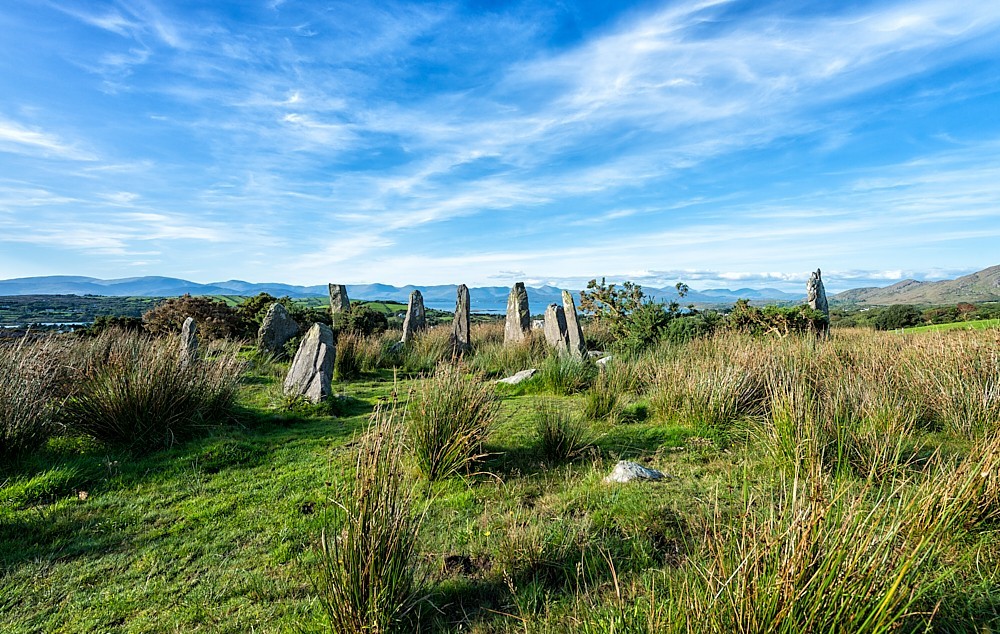 Enigmatic, mystical and at the same time magical are these stone legacies that can be found in many places in Ireland. There are various theories about the purpose for which the stones were once erected. Presumably they were used for ritual ceremonies, burials or astronomical observations. A distinction is made between single stones (menhirs) and stone settings such as stone circles or stones standing in a continuous row, so-called Stone Rows.

An Irish speciality of the single standing stones are the Ogham stones. Ogham is a writing system of different straight lines and notches. These were carved on the edges of vertically standing stones to inscribe names or short texts. The inscriptions are, as it were, the oldest records in the Irish language. The single standing menhirs were probably used to indicate burial sites, mark boundaries or manifest the memory of important people.

Stones placed in pairs or in a row often indicate a hilltop or a gap between two hills. The assumption is that these stones point to calendrical constellations at which the sun or the moon rise exactly at the marked points. These were often the summer solstice and the winter solstice, which marked important stations in the Celtic course of the year.

All Irish stone circles have identical features. They always consist of an odd number of free-standing stones. The largest stones of the circle form the entrance to the interior. The lowest stone was placed opposite them. In most cases, the entrance stones and the stone opposite them stand in a line oriented to the sun, the moon or certain stars. Stone circles were probably erected for the performance of rituals and ceremonies. 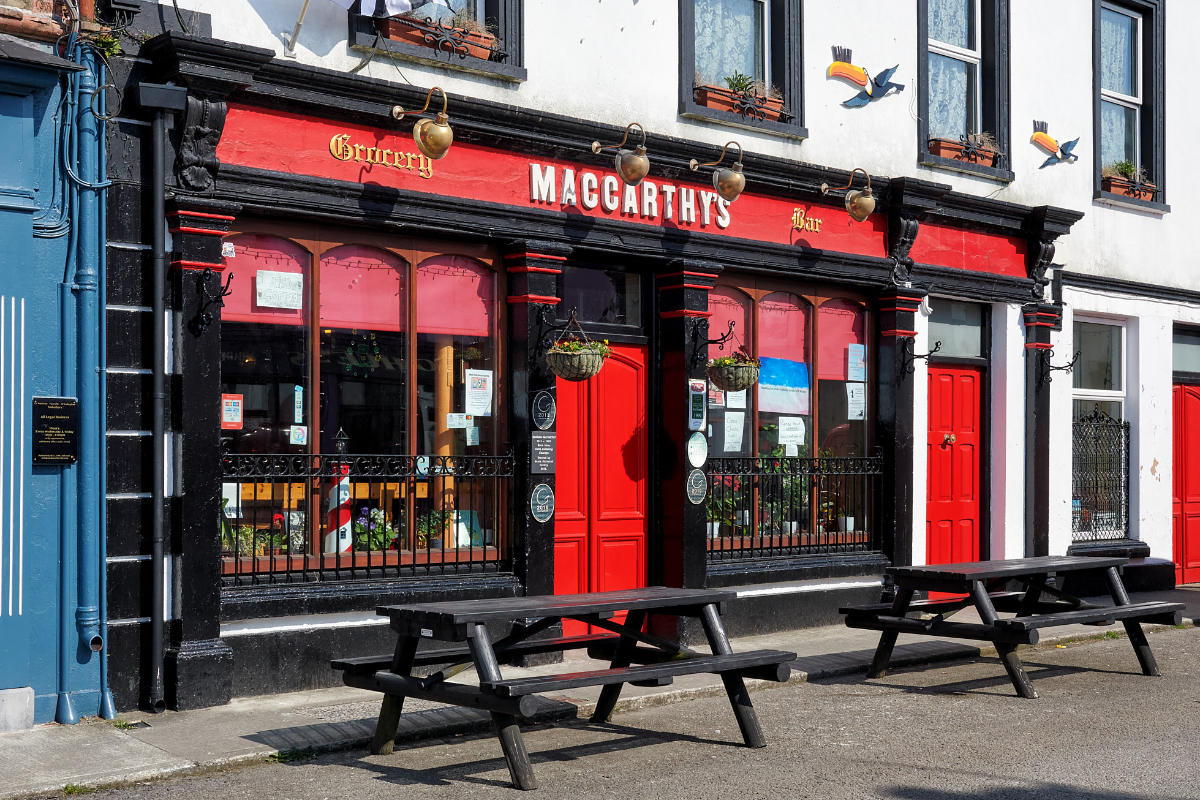 This website uses cookies to provide you with the best possible user experience. Cookie information will be stored directly in your browser and perform important functions.

Cookies that are required for the performance of the electronic communications transaction or to provide certain functions you want to use (e.g. the shopping cart function), are stored on the basis of Art. 6 Sect. 1 lit. f GDPR. The website operator has a legitimate interest in storing cookies to ensure the technically error free and optimized provision of the operator’s services.

If you disable this cookie, we will not be able to save your preferences. This means that every time you visit this website you will need to enable or disable cookies again.

This website uses Google Analytics to collect anonymous information such as the number of visitors to the site, and the most popular pages. In respect of data protection we don't use thirdparty cookies therefore.